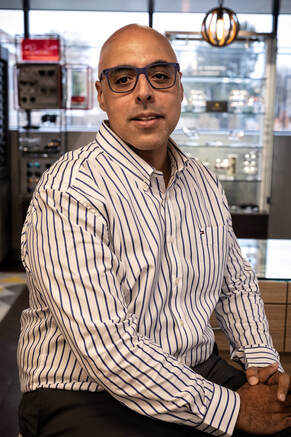 Mike was born in Syracuse, New York and has lived several places, but always finds his way back to Columbus, Ohio.  Mike has worked in the optometric industry providing customer service for a large lens manufacturering company as well as a major vision insurance provider.  He joined our administrative in September 2019 and is one of the people you may talk to when you call our office.  He lives in Columbus with his wife, Renee, and thier two dogs.
​
OPTICAL
Ben Hickey

Ben was raised in Upper Arlington in a large family and graduated from Upper Arlington High School.  He is currently taking courses at Columbus State Community College.  He has worked in the optical industry since 2011 and has been American Board of Opticianry Certified and a licensed optician in the State of Ohio since 2013.  Ben joined Northwest EyeCare Professionals in January of 2017.
CLINIC
ADMINISTRATION